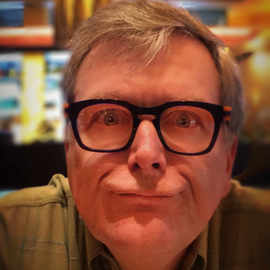 A perfect example of the June Gloom, when the marine layer comes in from the Pacific Ocean and engulfs downtown Los Angeles. This outdoor promenade is the location for many performances throughout the year.