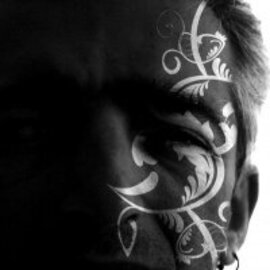 Previously, this large marae was called Tu-Matamata-Hia. Formerly, a terrible battle took place between the heroes of Kings Tu-Mata-ira and Tutu-Ai-Aro. The battle was fierce and lasted until sunset. During this confrontation, Tu-Mata-ira was defeated and his spear cut into four pieces.

Tu-Mata-ira, confused and disturbed by the death of his champion, ordered to prepare a large pit and set on fire. Then the king took a very hard stone and put in center of oven. He ordered his warriors to spread the stone oven with a lance broken. The body of the killed warrior was laid in the center of the oven.
Placed on a portion of the lance broken in his head, another under his ankles. The last two were arranged on both sides of his body. King Tu-Mata-ira said it should not cover the oven with common materials, but to use the ti leaves yellow and wait for two days and two nights, as the spear of the warrior was been broken into four pieces.
At the end of this period, the kiln was discovered. The warriors shouted:
- O our king, the oven is heated, and II are only coal!
So, King Tu-Mata-Ira said:
- From that day, marae is not called the marae Tu Matamata-Hia, but will! Name marae e Arahurahu until the end of time ..

Folkloric events are organized and consist of re-enactments during the traditional celebrations of July (Heiva).

Nico Roig
Tribute to Escher
More About Tahiti
The World : Pacific Ocean Islands : Polynesia : French Polynesia : Tahiti
✖ It looks like you’re creating an order.
If you have any questions before you checkout, just let us know at info@360cities.net and we’ll get right back to you.
Cookies help us deliver great service to you. By using this site, you agree to the use of cookies. Leave this Site