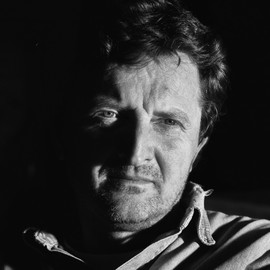 John Gore
Top of the Amphitheatre

Overview and HistoryBratislava is the capital of Slovakia or the Slovak Republic, which made up half of Czechoslovakia until its official independence began in January 1993. Bratislava had many other names in the past. It was first known as Brezalauspurc in the Germanic Annales Ivuavenses. Other names have been Pozsony, Pressburg, Istropolis and the slang short form "Blava."The earliest remains of human activity in Bratislava are Neolithic pottery artifacts which date to around 5000 BC -- although Slovakia shows signs of having been inhabited since 270,000 BC by people who used stone tools.Whoa. That's getting back there by where homo sapiens first appeared, isn't it?The Celtic Boii tribe, whence we get the word "Bohemian" arrived around 200 BC and made a fortified settlement that had its own mint for silver coinage. Silver coins are a very handy archaeological reference point. Nice one, Celts!Following the Celtic period of occupancy, the area fell into Roman hands and remained a border town for five centuries. The Romans cultivated vineyards, the tradition of which still remains to this day in Slovakia.Slavic peoples arrived between the 5th and 6th centuries. They united under the empire of Samo, a Frankish king who created the first Slavic states to defend against Avarian tribal onslaught.The castle in Bratislava was constructed in the 10th century, when the surrounding land was part of the kingdom of Hungary. The first written record of the city comes from a battle between the Bavarian army and Hungary.Bratislava was granted its own town privileges in 1291 by King Andrew III of Hungary. After the Ottoman Empire invaded Hungary, Bratislava became the Hungarian capital, under the name "Pressburg."As of 1536 AD Pressburg jumped a few levels up when it became part of the Austro-Hungarian territory under the Hapsburg Empire.Several kings and queens were coronated at St. Martin's cathedral.The city flourished under the reign of Maria Theresa during the 18th century, as it became one of the largest towns in the are of Slovakia and Hungary.In modern European history, Bratislava saw a lot of action. Napolean came through and tore things up... rebellions against the Catholic Hapsburgs ravaged the outskirts of the city, and insurgents stormed the Castle again and again.After centuries of upheaval, the first permanent bridge across the Danube river was built in 1891. In 1918 Bratislava became part of Czechoslovakia, despite the Hungarian and German population's disapproval. A public demonstration in 1919 turned bloody when Czechoslovak Legions opened fire on Hungarian protesters, who were against the occupation.Bratislava took its current moniker on March 27th, 1919.The city suffered heavy damage in WWII from Allied bombing and German occupation. It was invaded by the Russian Red Army and subsequently became part of the Soviet Socialist Republic, a period which lasted fifty years.Bratislava was one of the centers of anti-Communist demonstration in the late 1980's, and it became the capital of the Slovak Republic following the Velvet Divorce of 1992.Getting ThereBratislava is on the Danube river so you can always float up from Hungary in your boat if you want to.Alternately, the Bratislava Airport connects with the city by bus (#61). It's about twenty minutes; get a sixty minute ticket to be safe and don't forget to stamp it in the machine! Ticket inspectors especially love to nab tourists.The bus station gts a lot of action with connections to Vienna, Budpest, Prague and parts further off. While we're at it, Bratislava and Vienna are only 40km apart, making them the two closest-together European capitals. Factor that into your trip planning.TransportationDriving in Bratislava is not bad. There is a parking problem in downtown, of course, but that's nothing unusual and there are parking garages available which aren't expensive.Public transportation consists of trams, buses and these cool trolley-buses that run on the electric tram lines but ride on rubber tires. Whoa!Bus service extends to the outer parts of the city, trams are best for avoiding traffic in the city center, and riding a bike rules over everything else on wheels, as is proper.Watch out for night bus schedules, they get pretty few and far between after midnight.People and CultureBratislava is the city of halusky. This is a regional specialty which has its own festival in the summer, with contests for who can make the best halusky, and also who can eat the most. It's a serious business -- potatos dumplings chopped up with sheep cheese and bacon, that kind of thing that only your grandmother can make properly but you can't ask for it when you're hungover because she'll hit you with the rolling pin instead. This is solid "back to bed after breakfast" food.People in Bratislava are a little bit more straight-laced than their counterparts in Prague. Although they were citizens of the same country for most of the last century, Bratislava feels very different from Prague. You won't see people with dreads and dogs in every park, there isn't as much of a DJ scene or as many pubs full of clouds of smoke.Things to do, RecommendationsFor night life, go to Nu Spirit. It's a basement lounge with a world-class sound system right in the downtown area below a music store. They play funk and soul music and everything with a good vibe, and the low light makes for perfect dronken converslation [sic].The old section of town (Hlavne Namesti) is absolutely beautiful to walk around in and get lost, with twisting streets and tall windows.As always, it's a good idea to climb up the hill to the Castle for a look around.You can also head out of town to the Devin Castle and see the ruins there, with their archaeological exhibit explaining the history around you.Here's a quick Museum Guide to get you started on a rainy day, and with that I leave you to your halusky.Enjoy!Text by Steve Smith.