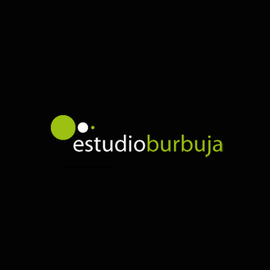 Expert
Created by
Fernando A. Riego

From Wikipedia, the free encyclopedia National Flag Memorial Native name: Spanish: Monumento Histórico Nacional a la Bandera Location: Rosario, Argentina Coordinates: 32°56′52.4400″S 60°37′47.1072″WCoordinates: 32°56′52.4400″S 60°37′47.1072″W Built: 1957 Architect: Alejandro Bustillo, Ángel Francisco Guido National Historic Monument of Argentina Location of National Flag Memorial in Argentina The National Flag Memorial (Spanish, Monumento Nacional a la Bandera) in Rosario, Argentina, is a monumental complex built near the shore of the Paraná River. It was inaugurated on June 20, 1957, the anniversary of the death of Manuel Belgrano, creator of the Argentine flag, who raised it for the first time in an island on the opposite shore of the river on February 27, 1812.[1][2] The complex has a total area of about 10,000 square metres, and was built mostly using stone from the Andes, under the direction of architects Ángel Guido and Alejandro Bustillo, and the sculptors José Fioravanti, Alfredo Bigatti and Eduardo Barnes. The monument and flag The propylaeum The Monumento has three parts: the Tower (Torre) or mast, 70 metres high, which commemorates the Revolution of May 1810 and houses Manuel Belgrano's crypt in its base; the Civic Courtyard (Patio Cívico), which symbolizes the effort of the organization of the state (the Courtyard is used for massive open-air shows), and the Triumphal Propylaeum (Propileo Triunfal), representing the Nation as organized after the 1853 Constitution. Under the Propylaeum there is the Honour Room for the Flags of America (where the flags of all American nations are displayed). The complex faces Belgrano Avenue, and is delimited by Córdoba St. and Santa Fe St., which slope down towards the river at this point. The Propylaeum can be accessed from the pedestrian passage called Pasaje Juramento ("Oath Passage"), which starts at Buenos Aires St. between the municipal building (Palacio de los Leones) and the Cathedral, in front of Plaza 25 de Mayo (May 25th Square). The passage is flanked by statues by famous sculptress Lola Mora. The Memorial and the National Flag Park located in front of it are the seat of the main celebrations of Flag Day on June 20. The 50th anniversary of the inauguration of the complex, in 2007, was marked by a special celebration and by the unveiling of a new lighting system.[3] The monument is on the list of works and sites of patrimonial value of the municipality of Rosario, as item 011170000.[4]
Copyright: Fernando A. Riego
Type: Spherical
Resolution: 6324x3162
Taken: 15/11/2009
Uploaded: 05/10/2011
Views:

Kengo Shimizu
One of the Oldest Residence in Existence in Japan
More About Argentina
The World : South America : Argentina

Argentina didn't get to be the second-largest country in South America overnight. Archaeological remains found here date to some 9,000 years BC, left by the ancient Mesoamerican civilization. Early inhabitants were nomads and hunters who followed prehistoric horses and llamas. By the year 1480 AD the Incan empire had stretched to reach northern Argentina and the stage was set for contact.The Europeans came in 1516 with Spanish explorer Juan Diaz do Solis, who claimed the area for Spain and tried to export a river of silver back to Europe. Wealth grew along with the cattle industry and after Napoleon conquered Spain, Argentina declared its independence and set up their own government. That was 1810 AD.Argentina stayed neutral in WWI and for most of WWII, declaring war on the Axis powers only in 1945. Following the war, the country entered into a long chain of military dictatorships with only brief forays into constitutional government. The current president is Cristina Fernandez de Kirchner, who's been in office since December 2007.Argentina is known for many things but the top of the list belongs to only two -- steak and the tango. Cattle graze on the abundant grasslands and produce some of the best beef in the world.  The climate is well-suited for vineyards as well, and Argentina's wines make a fine companion to their steak.As for the tango, it has recently exploded to become a world famous dance with hotspots in every major city on the planet. It started in Buenos Aires in the middle of the nineteenth century, as the city was filling up with a mixture of European immigrants and porteños, people who were born in the port city. They melded their cultures of rhythm and harmony and came up with the tango, which has been described as the ultimate evolution of partnered dancing. And it's a great way to burn off your steak stupor. Food coma begone!Text by Steve Smith.