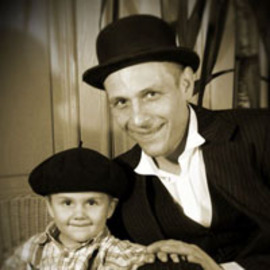 Winter in Oybin. Here is a small outline of the eventful history of the mountain and the castle: Source: http://www.burgundkloster-oybin.de On the well-known rocky outcrop in the Zittau Mountains, where the vagaries of nature given the shape of a beehive, there are the romantic ruins of the castle and monastery Oybin. Initially, only simple attachment, the castle was the beginning of the 14th Century to a defensive system built, which should serve to protect two of the pass of the mountains leading trade routes. This happened under Henry of Lipa, the Marshal of the King John of Bohemia, who had given him the Zittau country, including Mount Oybin as a fief. After various political affairs was the castle back to the Bohemian crown in 1346 and it was then John's son, Charles IV, later German Emperor, who sat with the construction of the Imperial family and the foundation of a monastery for the Order of Celestine major initiatives. The abbey church, which left the famous Prague Dombauschule their business card is still in its uniqueness eloquent example of this. For 200 years now castle and monastery existed side by side. A test of this coexistence may have been the successful defense of the Hussites 1429th After all, a part of the Prague Cathedral Treasury of St. Vitus was secure on the Oybin. As in the 2 Half of the 15th Century began again peaceful times prevailed on the Oybin to the beginning of the 16th Century, a very active construction. However, nothing could stop the ideas of the Reformation. In Reformation and Counter-Reformation monastic life came to an end. Finally in 1574 the city acquired the Zittau Oybin including all associated lands. In 1577 the plant barely used a lightning strike was destroyed. A rock demolition in 1681 destroyed the buildings located at the church, the beauty of the "Library Window" still bears witness. It was the court painter to Frederick Augustus III., Alexander Thiele, who was the first to Oybin with its overgrown ruins of nature in the 18th Century painting. He was followed by Adrian Zingg, Caspar David Friedrich (1810), Carl Gustav Carus (1820) and many others who expressed the fascination of Oybin with their artistic means and him in the 19th Century made widely known. There were also the "nameless" construction workers and helpers who made the ruins of debris liberated and step by step to visitors. The connection by coach as Eilverbindung of Zittau (1830) and the narrow gauge railway (1890) were a milestone tourism Erschließung.Doch not only painters but also photographers, poets and summer drew it again and again. Today about 100,000 visitors a year visit castle and monastery Oybin and discover the beauty. Whether as day visitors, guided tours and evening events, always the Oybin fascinating in its combination of history and nature.