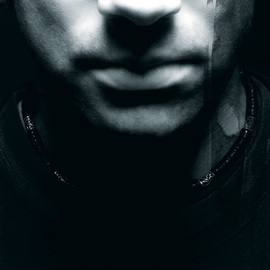 Plug’n’ Play band was formed in Novi Sad, in November, 2002. Initial band members were guitarist/vocalist Goran Beg, bassist Zoran Mandic and drummer Predrag Novkovic (ex Porshe Lynn). Two months after the band had been formed, Vasil Tomov-Flipp was recruited as the band’s leading vocalist and Goran while retaining the responsibility of the guitarist, accepted the new role of the supporting vocalist. As the band members were becoming more acquainted with each other, they also became more musically attuned by playing mainly interpretations of popular rock songs. Plug’n’ Play had it’s debut in front of a live audience in Novi Sad Night Club Enter, in April 2003. The live performance, included interpretations of the bands such as Pearl Jam, The Cult, Neurotic Outsiders, Let 3 and Supergrass. This live performance marked the end of the first phase of the band’s development. Consequently, the band decided to create its own music, which in essence was inextricably influenced by the worldly renowned aforementioned bands, including also Rage Against The Machine, Audioslave, Tool and Faith No More. In autumn 2003, due to differences in musical preconceptions between the band’s leading vocalist and the rest of the band members, Flipp decided to leave, which in turn slightly delayed musical productivity of the band. Nonetheless, the band continued working without a leading vocalist until February 2004, when Srdjan Slankamenac-Slani (ex-Post Scriptum) joined the band as a new leading vocalist. Slani’s arrival signaled the band’s third phase of development. This phase of progression has continued with no indication that the band’s development will subside at any level. In fact, after a period of rehearsals with the new vocalist, Plug’n’Play commenced with its live performances mostly in Novi Sad Night Clubs. The band with it’s new vocalist Slani, had its first concert as a part of manifestation named “Saberimo se Novosadjani”, in NS Time club, on the 3rd of October 2004, after which the band had a series of live performances in all prominent nightclubs of Novi Sad. In February 2005, Plug’n’Play recorded their first demo cd – ‘Plug-ins’ with three songs - ‘Plug’n’Play’, ‘Friend’ and ‘Angel’ (Massive Attack interpretation). The demo songs were recorded at ‘Zid’ studio in S. Kamenica and at ‘Digital tone works’ studio in Rumenka by the producer Dragan Alimpijevic – Pik (Red Cloud, Compressor). The recorded songs are also available for the free download on web site www.mindnever.com/mp3 In September 2005, the bend recorded a music clip for the song Plug ’n’ Play. During late 2005 and early in 2006, this music clip was played on numerous local and national TV stations, as well as on the MTV Adrija. The next music clip for the song “Friend” had a premiere at the beginning of June, 2006. In the meantime, Plug’n’Play band appeared several times as the special guest in the concerts of popular rock bends. Some of these concerts include Del Arno Band in Trema Club, dedicated to disadvantaged children (Decije selo, Sremska Kamenica), on the 22nd of November 2005. Also, Plug’n’Play performed live in front of more than 600 people, as the special guest of Block Out bend, in Gradili--te Club on the 1st of April, 2006. Further, Plug ’n’ Play participated at the reinstated musical festival “String” in Subotica, at Palic, on the 18th of August, 2006. At the end of September 2006, Plug’n’Play played on a tour named “Days of Vojvidina in Istra” in Pula, Pazin and Buzet (Croatia), along with bands such as Zbogom Brus Lee and UMT. Plug’n’Play has recently completed recording its first album, on which the band started working around mid 2006. The album is named “Raise your voice” and it consists of 12 songs, which have been done in collaboration with Students Cultural Centre of Novi Sad. The producer is yet again Dragan Alampijevic-Pik.
Copyright: G.B.
Type: Spherical
Resolution: 10148x5074
Taken: 05/12/2009
Uploaded: 12/12/2009
Views:

Jan Koehn
Balloon on the crane

Molenda Photography
Mt Bromo crater rim in sunset light
More About Novi Sad
The World : Europe : Serbia : Novi Sad
✖ It looks like you’re creating an order.
If you have any questions before you checkout, just let us know at info@360cities.net and we’ll get right back to you.
Cookies help us deliver great service to you. By using this site, you agree to the use of cookies. Leave this Site