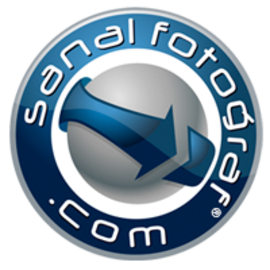 Polonezköy or Adampol is a small village at the Asian side of Istanbul, about 30 kilometers away from the historic city center, within the boundaries of the Beykoz district. It was founded in 1842 by Polish settlers.[edit] History of AdampolAdampol, known popularly as Polonezköy (Polish Village) today, was founded by Adam Czartoryski in 1842. He was the Chairman of the Polish National Uprising Government and the leader of a political emigration party. The settlement was named Adam-koj (Adamköy) after its founder, which means the "Village of Adam" in Turkish (Adampol means "Town of Adam" in Polish).Duke Adam Czartoryski wanted to create the second emigration centre here (the first one was in Paris, France.) He sent his representative, Michał Czajkowski, to Turkey. Michał Czajkowski, after converting to Islam in 1850, became known as Mehmed Sadyk Pasza (Mehmed Sadık Paşa). He purchased the forest area which encompasses present-day Adampol from a missionary order of Lazarists. Plans were made to establish Adampol on this area in the future.At the beginning, the village was inhabited by 12 people, but there were no more than 220 people when the village was most populated. In the course of time, Adampol developed and was flooded by a lot of emigrants from the rebellion in November 1830, during the Crimean War in 1853, and by runaways from Siberia and from captivity in Czerkieska. The first inhabitants busied themselves with agriculture, raising and forestry. Before World War II, the first tourists already began to arrive to the village. The inhabitants of Adampol (Polonezköy) took Turkish citizenship in 1938.Adampol's town chronicles registered the visits of famous people such as Franz Liszt (1847), French writer Gustave Flaubert (1850), Czech writer Karel Droz (1904), the first President of the Turkish Republic Mustafa Kemal Atatürk (1937), Pope Nuncio Angelo Roncalli - the future Pope John XXIII (in 1941 some children received confirmation from him during his visit) and the first Polish diplomat after the Second World War, Adam Rapacki, then the Minister of Foreign Affairs of the PRL, accompanied by Turkish dignitaries (1961).In 1985 the village was visited by the President of Turkey Kenan Evren, and in 1994 by Lech Wałęsa. The next President of Poland, Aleksander Kwaśniewski, twice came to Adampol (in 1996 and 2000) where he visited the Memorial House of Zofia Rizi. Two years later Adampol celebrated the 160th anniversary of its founding.Polish-Turkish relations have been good since the 18th century, and the Ottoman Empire was the only major power in the world which never recognized the dissolution and partitioning of Poland between Austria-Hungary and Russia, while Constantinople (Istanbul) remained as the only capital city in the world to maintain a "Polish Ambassador" until the end of the First World War and the subsequent re-creation of Poland.Polish citizens (descendants of the founders of Adampol) often come back to Turkey in order to visit the settlement of their forefathers. Nowadays, there are about 1000 people in Adampol and around 40 of them speak Polish fluently. There is a festival in Adampol (Polonezköy) every summer which enhances the cultural relationship between Adampol and Poland. The inhabitants pay some folk bands from Poland on their own and invite them to come to Adampol.Famous Turks with partial Polish ancestry include the poet and playwright Nazım Hikmet, and the soprano opera singer Leyla Gencer.