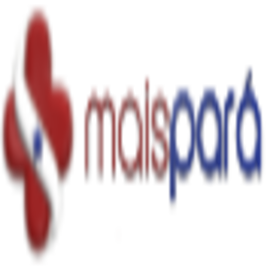 Park Residence is located in the city of Belem, in Para State, Brazil.  Official residence of the governors of the state since 1934, was the first resident Magalhães Barata.  But the building had been home to the governors Enéas Martins (1913-1917) and Lauro Sodré (1917-1921).  The place which witnessed major administrative decisions is now the headquarters of the Executive Secretariat of Culture (SECULT) the state of Pará Walking along the Passage of Icamiabas arrives at the station Gasometer.  Your old iron structure belonged to the Gas Company's Pará.But since 1997, houses a theater with 400 seats and a privileged space for various events.  The Amphitheatre is also a good option for those who want to watch plays or musical performances outdoors, or simply sit back and enjoy the scenery.  Square in a train wagon train of former railroad Belém-Bragança, who so often carried the Governor Magalhaes Barata by the state, now allows the visitor to the park soak up the atmosphere of "Bethlehem province."  The Pará Society for the orchid, established in 1962, is headquartered in Park Residence.  The Orchid Park, with over 400 species of exotic beauty is a symbol of the region.  Another draw is the Bandstand Pavilion Rhossard Frederick, a tribute to poet Para.  And the water in the Square, the statue also poet Para Rui Barata, thoughtful look into the park forever holding the book "The native of cancer."  The Portuguese paving stones around the park, iron lamps, statues of beautiful women covered in delicate tissue, the palace of the early twentieth century, the Bandstand, the nursery.  All this, the sound of parrots, parakeets and other birds in the region, make the Park a residence of another piece Bethlehem An urban retail dream of the past century in the city center.  In 1903, Antonio Lemos said: "Some attribute the trend to luxury of opening avenues to the maintenance of urban gardens and the construction of parks in the city center.  Bring me pen these scholars ignorantíssimos .. ".  Fortunately, Magalhaes Barata agree with Antonio Lemos.  To this we owe the charming Park Residence.