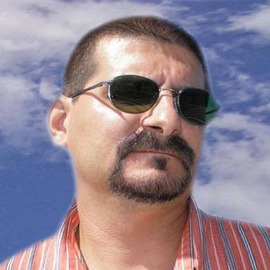 ST. ROSALIA’S GREEK CATHOLIC CHAPEL IN SZEGED Lechner Square is one of the friendliest inner-city squares of the city of Szeged. It is quiet and peaceful, far from heavy traffic and, in the main, houses built in the 1920s border it. It is one of the six squares rendered park-like in the wake of the flood which devastated Szeged in 1879. It is named in memory of Louis Lechner (1833-1897) who is revered among Szegedians as the great contributor to the city’s redevelopment post inundation. On the perimeter of the square, on a small rise fringed by bushes, stands the Szeged Greek Catholic rite parish church. While most churches sturdily guard the place on which they were built, as a sign to the world, our chapel has been moved twice. It has witnessed a great deal of change, repeatedly demolished and re-erected elsewhere - its sad fate symbolising the history of Greek Catholicism in Hungary. THE HISTORY OF THE CHAPEL 1739 to 1879. 1738 was a sorrowful year in the history of Szeged. The Black Plague was raging and as well as this, drawn by the therapeutic qualities of the thermal waters found here, Timosoari tradesmen moved in, and, at a time of nearly 1000 infections, more than 500 people fell victim to the contagion. The people of the city, afraid of the epidemic, sought refuge in God and the council vowed to build a chapel in memory of the disaster. In 1739, beside the timber Demeter church a chapel was built which Baron Bela Falkenstein, the bishop of Csanad diocese, blessed on August 1st of that year. Its patron saint is Saint Rosalie who, according to tradition, lived in Sicily in the twelfth century. She secretly fled the luxury of her father Duke Sinibaldi’s castle at the age of 16 and went on to live the life of a solitary in a cave close to Palermo. When the plague arrived, she moved into that city and nursed the afflicted. Once the plague had abated, she moved back to her cave and she died there at the age of 22 around the year 1166. According to legend, about 500 years later, in 1614, when the Black Plague was raging, the citizens of Palermo found her body encased in a naturally-formed limestone coffin. Once her relics were placed in Palermo Cathedral, the plague miraculously ceased. Her fame spread beyond her native country and also reached Hungary. Since then many have prayed to her, asking for her effective intercession against the spread of epidemics.

Marek Kosiba
Lava Flow on Chain Of Craters Road, Big Island, Hawaii 3004
More About Szeged
The World : Europe : Hungary : Csongrád County : Szeged
✖ It looks like you’re creating an order.
If you have any questions before you checkout, just let us know at info@360cities.net and we’ll get right back to you.
Cookies help us deliver great service to you. By using this site, you agree to the use of cookies. Leave this Site