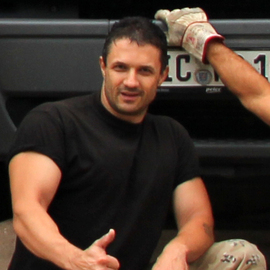 Convenient in the center of the city Worbis, are here:

- the protestant church Peter and Paul,

- the house Gülden Creu (t) z of which the local history museum resident,

- the catholic town church sank Nikolaus and - the city administration.

The place was reorganized comprehensively and in the summer (June) 2010 opened, now lights up again it in the new gloss. On the Rossmarkt are now place for various meetings and cultural center of the city. The most impressive building is the revenue office. The revenue office received its names in the earlier time, than one had the feudalen deliveries, which were called pensions, here delivered. This building was established as former cure-Mainz authority building starting from 1520 in place of a castle plant.

A road the castle route in the proximity still refers to the origin. There was a Zugbrücke with a ditch plant, as well as it quite still another fortress function had shooting schießscharten in the basement of the north wing, thus. The building was originally built in horseshoe form the south wing had however in the year 1865 because of state of decay to be torn off.

The later main tract, the authority building, became in the style of the late Renaissance, the west wing, which " Old Gericht" , on the other hand in the building method of the high Renaissance establishes. Also there was a torture chamber in the building, whatever was used actively over at confessions to arrive. In the authority building are the court room and two dungeons as well as an underground Tonnengewölbe.

The main tract as one of the most interesting framework constructions of the calibration field as well as the decorative fixtures at the front of the old person of court are particularly worth seeing. Today the revenue office serves the city Worbis after extensive redevelopment as administration building and inserts themselves harmoniously into the picture of the again opened and comprehensively reorganized Rossmark. With the repair works also a course was opened, which was left open and to be visited is. Before the revenue office is a well.

In this wells freshly Vermählte throw the dish of their " Eheschlosses". They close the pertinent lock before at a metal lock before the revenue office firmly. On this lock then the name and the date of the married couple stand. Already some locks hang there and become ever more. In case of a divorce, then the key must be gotten from the well and removed the lock.