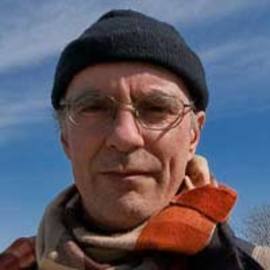 On 12 August 1944 at dawn, four SS columns (about 400 men) led by local fascists and commanded, almost certainly, by Major Walter Reder, rained down on Sant’Anna Stazzema village hunting and killing inhabitants and refugees and burning them in their houses.


Five hundred and sixty people were massacred; 150 of them were children under 14 and babies just a few months old.

The priest was killed too and the Nazis burned the victims’ bodies in the square using the church pews.

The aim was to leave – by carrying out an indiscriminate massacre – “scorched earth”, as indicated by Kesselring.
Incredibly, the Sant’Anna slaughter remained wrapped in silence until the 1990s, when the record of the massacre was found in a cupboard hidden in the headquarters of the Military Prosecutor’s Office in Rome.

Only in 2004, 60 years after the massacre, did the Italian judiciary system decide to begin a trial against those who ordered the slaughter.

On 22 June 2005 the military court of La Spezia comdemned ten former SS officials, all already over eighty and residents in Germany, to life imprisonment.

Although the Questura of Rome has already requested a new trial in Germany, the advanced age of the guilty parties and their distance from Italy will most probably save them from their punishment. It is worth noting that none of the accused have had the moral conscience to confess their actions, not even in the last years of their life, despite the fact that they are aware of having relative immunity in the face of the sentence. None of the accused attended the trial, and nobody, except a simple soldier, confessed their actions.
In any case, the result of the trial must be considered positive: it has filled an inadmissible silence of the judiciary system that had lasted for too long, and provided, even after so long, a moral compensation to the victims’ relatives.