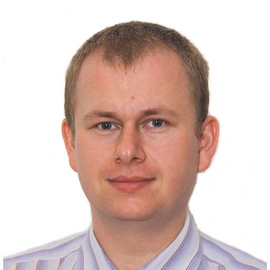 From the second half of the 10th century until 1918, it was part of the Kingdom of Hungary. The first recorded reference to Martin in written sources is dated to 1264 under the name of Zenthmarton. The settlement was granted the status of a royal town in 1340.

In the turbulent 15th century, Martin suffered from many disasters, for example from the attack of the Hussites in 1433, when the town was burned down. Just 10 years later, it was destroyed again by an earthquake and Martin started to be slowly degraded from royal to the privileged town and under direct influence of the Révay family.

Since the 18th century, Martin became centre of the Turóc county.

The town became the foremost Slovak cultural center in the 19th century. Several cultural institutions (including Slovak Matica and Slovak National Museum) were founded there. Most political activities leading to the Slovak national emancipation in the 19th and early 20th centuries were organized in or from Martin. The town was also industrialized at this time. The first printing works were established in 1869, the furniture factory Tatra nábytok in 1890, and so on.

The town lost some of its importance after Pressburg (today's Bratislava) became the capital of Slovakia in 1919. Today, it is the seat of the Slovak National Library and Slovak Matica.

National Council of the Slovak Republic declared the City of Martin the center of national culture of the Slovaks on August 24, 1994.

More About Slovakia
The World : Europe : Slovakia
✖ It looks like you’re creating an order.
If you have any questions before you checkout, just let us know at info@360cities.net and we’ll get right back to you.