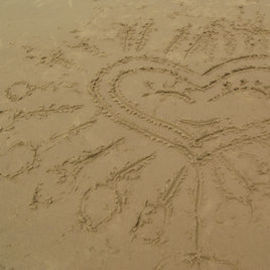 St. Sophia Church in Harbin is the largest Eastern Orthodox Church in the Far East. It is 53.3 meters (175 feet) high and occupies an area of 721 square meters (0.18 acres). In November, 1996, it was listed as one of the Key Cultural Relics under State Protection. Half a year later, the Harbin City government repaired it and renamed it as Harbin Art Gallery. It is a respectable landmark for Harbiners and for tourism.

St. Sophia Church has a complex history. Shortly after the Boxer Rebellion (1899-1901), the Russian built the church of timber in March, 1907. Then, the Russian rebuilt it using masonry and timber four years later. The onset of a second reconstruction by Russian was marked on September 23rd, 1923, and a ceremony was held to celebrate laying the corner stone. It was completed on November 25th, 1932, after nine years, and was hailed as a monumental work of art.

The Byzantine style church is so beautiful, it is said to look as if it had been made by God's hands. In fact, St. Sophia means 'God's wisdom'. Having a Latin cross footprint, the church's original shape was preserved during reconstruction. The church has four floors and is accessible by a door on each side. Until the 1960's, the bell tower over the entrance housed 7 bells of different sizes and tones. When there were religious festivals in the past, a well-trained ringer would play musical progressions, tolling the bells with ropes tied to his hands and feet. The bells resounded to the skies.

By the 1990's, St. Sophia had undergone considerable decline. The church no longer was in use, and residential apartments and office buildings surrounded it. Magnificent Russian painted murals that adorned the church's arched walls were destroyed out of recognition. While in 1997, the Harbin government under took to undo the decades of deterioration. But as the original Russian murals were lost completely, they were replaced by topically new murals depicting the architectural history of the Harbin community. And crosses that were removed in six places were replaced. Now, the murals, pendent lamps, dome and the bell tower are restored to their original splendor.

wongchichuen
Another Side Of Stonecutters Bridge(青衣昂船洲大橋4), Tsing Yee, NT, HK.

Heilongjiang is China's most northeastern province, an area of 46 square kilometers, the provincial capital Harbin. As early as three to four million years ago during the Paleolithic, there is human activity here. Heilongjiang Province is located in east longitude 121 ° 11'-135 ° 05 ', latitude 43 ° 25'-53 ° 33 '. The northern, eastern Heilongjiang, Ussuri River as the boundary, and the Russian River; adjacent to the western Inner Mongolia Autonomous Region; the southern border of Jilin Province.