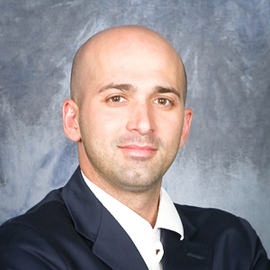 The Philippines are an archipelago of more than seven thousand islands off the southeast coast of Asia. Only half of these islands have been named and roughly one thousand are inhabited. Look at how beautiful they are! People first arrived here from the mainland around 25,000 B.C. by crossing a land bridge which existed at the time.The name comes from Ferdinand Magellan of Portugal, who explored the Philippines in 1521. He claimed them in service of Spain, naming them after Prince Philip. Spain controlled the Philippines for the next 350 years until the Philippine Revolution of 1896.Here's a picture of Fort Santiago, where the national hero Jose Rizal was imprisoned prior to his execution. He was a poet and novelist who supported peaceful reform, rather than violent revolution, against the Spanish government.This is one of poems in which he describes the creation of the world, as a gift to his mother:"Say they that tell of the world, the first dawn of the sun, the first kiss that his bosom inflamed, when thousands of beings surged out of nothing, and peopled the depths, and to the heights mounted, to wherever his fecund kiss was implanted"Violent revolution broke out anyway and the Philippines changed hands from Spanish, to American, to Japanese control over the next fifty years. Following World War Two they finally became an independent republic.Back to the beautiful ocean! You can dream about the Cafe Del Mar resort next time you find your screen saver kicking in when you're still sitting at the desk staring blankly. There's a series of DJ mixes with this title but I don't know if it refers to the same place. I would not be surprised.Annnnd to really get you buying your plane tickets...the sunset over Borocay White Beach!Text by Steve Smith.