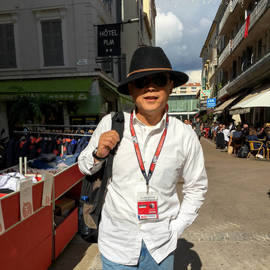 Prince Kung’s Mansion is the largest royal Mansion in the Qing Dynasty which is second only to the palace where the emperor lived. The first half of Prince Kung’s Mansion is a magnificent Mansion, the second half is a beautiful classical garden, covering a total area of nearly 60,000 square meters.
Copyright: Li Ben
Type: Spherical
Resolution: 6000x3000
Taken: 06/09/2017
Uploaded: 29/02/2020
Views: