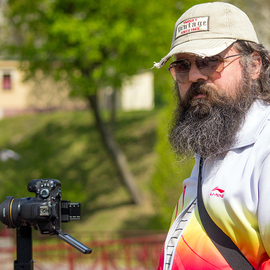 The village is the Alteration of the Loyev district, Gomel region. Scientists agree that humans settled in Eleusina a very long time. Confirm that they found a settlement near the village. The researchers found that the settlement relates to the Milograd culture, and this is VII-III century BC And some would argue that the time frame is wider: IX-III century BC But what ethical affiliation had Milograd, scientists argue today. Some say that they were Balts, and others say that it were Slavs. However, the dispute in Belarus is very long.

Once in the Remake was built a Christian Church, but who built it and where he stood today, no one knows. In the building where now stands the local Church, the village hall and club. The Church it was in 1995. It was consecrated in honor of the Holy virgin. When the Church was opened, people have suffered there the icons they cherished in Soviet watches.

Village Alteration not old. It appeared in the late eighteenth century thanks to the famous overseas race Uditsky. Nobles had lots of land here. Even earlier they used the title "graphs on Loew". In the genus Uditsky had a lot of public, cultural and religious figures who have left an appreciable trace in the history of our country.

At the end of the eighteenth century Jozef Yuditskii here, on the high Bank of the Dnieper, starts construction of a new stone Palace. The place graph is picked on the mountain near the village of Suckow, and people from this village moved to the tract of Sbin and Mikhalevka. And there was the village of Mikhalevka and Alteration. The people who migrated to the land Alteration, apparently, for a long time divided-peredelyvali received land. Hence the name.

When Josef died Yuditskii, Alteration along with the unfinished Palace passed to his daughter Julia, who later married Edward Rudanskogo.

Nobles Rudieska were not as rich as Dickie, but a couple of estates in Mozyr povet had. Edward built the Palace, which began to build Jozef. It has survived to the present day. It was built in a classical style and has the status of historical and cultural values. Today it houses a local school.

This Palace belonged to Rudavskii until 1870. Henry Rodavgi-Yuditskii for no apparent reason sold it. Bought the Palace of the Countess of Tchaikovsky. Was the Countess Tchaikovsky relatives of the famous composer Petr Tchaikovsky, I don't know, but it is known that Pyotr Ilyich arrived in the Belarusian Polesie area and collected folk songs. Many compositions Tchaikovsky in tune with Polissya folk motifs.

In 1881 the estate Alteration buys Alexander Baranovsky. The last owner was Katherine Baranovskaya. They say she was a very good hostess, about it here comment. She's done a lot to Rework. Next to the Park Catherine planted a beautiful garden, and also embellished the Park: the entrance to the Park was through a beautiful stone gate. They, unfortunately, have not survived, but the Park still stands.

By order of Catherine the Baranov Remake was built the watermill, sawmill, brewery. The brewery 20 years ago still worked, and now the building is abandoned.

During the revolution of 1905 Baranovskaya was forced to leave the estate. They say that the workers that wanted to leave with her, she took with her. In Canada, where Catherine went, still live her descendants.

Vil Muhametshin
Harvest time at a homestead in Latgale, Latvia

Nikita Mikhal'kov
View of the Avenue of the Dead and the Pyramid of the Sun
More About Belarus
The World : Europe : Belarus
✖ It looks like you’re creating an order.
If you have any questions before you checkout, just let us know at info@360cities.net and we’ll get right back to you.
Cookies help us deliver great service to you. By using this site, you agree to the use of cookies. Leave this Site