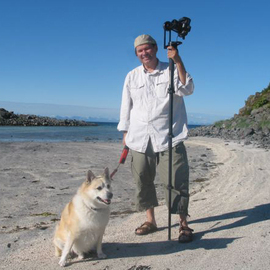 Pha That Luang according to the Lao people was originally built as an Indic temple in the 3rd century. Buddhist missionaries from the Mauryan Empire are believed to have been sent by the Emperor Ashoka, including Bury Chan or Praya Chanthabury Pasithisak and five Arahata monks who brought a holy relic (believed to be the breast bone) of Lord Buddha to the stupa.

It was rebuilt in the 13th century as a Khmer temple which fell into ruin. In the mid-16th century, King Setthathirat relocated his capital from Luang Prabang to Vientiane and ordered construction of Pha That Luang in 1566. It was rebuilt about 4 km from the centre of Vientiane at the end of That Luang Road and named Pha That Luang. The bases had a length of 69 metres each and was 45 metres high, and was surrounded by 30 small Stupas.

In 1641, a Dutch envoy of the Dutch East India Company, Gerrit van Wuysoff, visited Vientiane and was received by King Sourigna Vongsa at the temple, where he was, reportedly, received in a magnificent ceremony. He wrote that he was particularly impressed by the "enormous pyramid and the top was covered with gold leaf weighing about a thousand pounds". However, the stupa was repeatedly plundered by the Burmese, Siamese and Chinese. Pha That Luang was destroyed by the Thai invasion in 1828, which left it heavily damaged and left abandoned.

It was not until 1900, when the French restored to its original design based on the detailed drawings from 1867 by the French architect and explorer Louis Delaporte. However the first attempt to restore it was unsuccessful and it had to be redesigned and then reconstructed in the 1930s.