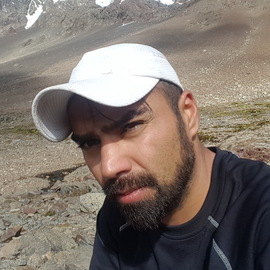 Carahue (Mapudungun Face Hue: Location Village) is a commune of Chile, Province of Cautín in the region of Araucania.

Carahue has a territory of 1,341 km ² which 0.15% are urban and industrial use, agricultural use 34.91%, 39.11% of forest, 21.02% of grassland and scrub vegetation and 0.92% without . Within the district is the city of Carahue, Trovolhue, Tranapuente and Nehuentue. They are in many indigenous (Mapuche and lafquenches). The city is located about 56 km from Temuco, the regional capital.

The city was founded under the name The Imperial by Don Pedro de Valdivia in 1551 on a hill overlooking the Imperial River. This city was located in the middle of the Mapuche settlements result of which there were great battles between Alonso de Ercilla participated writer of "La Araucana". The Imperial was evacuated and abandoned in 1600 due to the destruction caused by fighting in the War of Arauco.

After the Occupation of Araucania the city was refounded in February 1882 by General Gregorio Urrutia under the name of Carahue, Mapudungun word meaning "The city that was" in reference to the ancient city of La Imperial, to be allocated to a river port and export center. The river port suffered the consequences of the 1960 Valdivia earthquake, travel plummeted.

Carahue City occupies land that until 1882 belonged to the cacique Jacinto Toro, whose descendants now live near the place called "The Comet" on the south side of Imperial.

Museum of the Age of Steam

Created in 1999 by a visionary initiative of the mayor at the time, Ricardo Herrera Floody. Since then, the museum - which is the world's largest collection of traction engines - has become a new symbol of the city. Their sample consists of more than 40 traction engines distributed Av Ercilla and its square. These portable steam engines, the majority of British origin, were used as a driving force in agricultural work, industrial and forestry between 1860 and 1930. As part of the museum are enabling next to Eduardo Frei suspension bridge, Machine Park and Railway Museum, which has six cars, three cranes, fogoneras and two locomotives. Under the new administration, these traction engines were painted, which caused much controversy at the local level because, for some, the painting remained traction engines are an important historical value.

Touring the city is perceived an atmosphere of old port old cellars, balconies, business houses and a train station with lines stretching down the valley. It retains the railway ticket office, now restored, which will contain future a sample of old objects and photographs of the area.

More About Chile
The World : South America : Chile
✖ It looks like you’re creating an order.
If you have any questions before you checkout, just let us know at info@360cities.net and we’ll get right back to you.