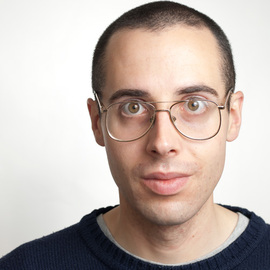 Located near Harborough town centre, Welland Park is the main park in the Harborough District, offering a range of facilities to visitors. The Millennium Mile cyclepath and footpath running alongside the River Welland links the park to Harborough's Train Station. The park includes a Rose Garden, Playing field, Tennis Courts, Bowling Green, Mini Golf Course, Cafe, Riverside walk, and many beautifully planted flowerbeds. There is also a small skate park adjoining the main section of the park.

The park was awarded a Green Flag award for its high standards in 2007, and has retained the award in subsequent years. The park also plays a large part in Harborough's entry to the East Midlands in Bloom Competition, in which the town consistently does well.

New play facilities were installed in Welland Park during 2008, at a cost of £300,000. Opening in August 2008, the play facilities attract a large number of families to the park, especially on sunny days.

Costas Vassis
Paroikia streets
More About England
The World : Europe : UK : England
✖ It looks like you’re creating an order.
If you have any questions before you checkout, just let us know at info@360cities.net and we’ll get right back to you.
Cookies help us deliver great service to you. By using this site, you agree to the use of cookies. Leave this Site