Zakynthos, Navagio Beach with the wreck of Panagiotis
Greece 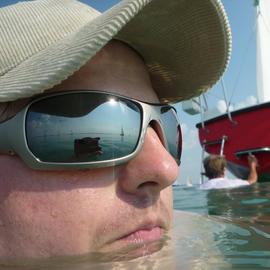 Navagio beach is one of the most famous part of the nice island.

Navagio Beach (Greek: Ναυάγιο), or the Shipwreck, is an exposed cove, often referred to as 'Smugglers Cove', on the coast of Zakynthos, in the Ionian Islands of Greece and is the location of the wreck of the alleged smuggler ship Panagiotis.  source: http://en.wikipedia.org/wiki/Navagio

The wreck is MV Panagiotis.

The Panagiotis (Greek: Παναγιώτης) is a picturesque shipwreck lying in the white sands of an exposed cove on the coast of Zakynthos (Zante), which is among the southern-most of the Ionian Islands of Greece. Navagio ("Shipwreck"), the spot where she lies, is a valued tourist attraction on the north-western side of the island, with thousands of visitors each year.

She was built in Scotland in 1937 as Saint Bedan and wrecked in 1980, probably while carrying contraband cigarettes and being chased by the Greek Navy.

Daniel Batrac
Weggis, views of the mountains and lake

Gerhard Fischer
Bootssteg in Hallstatt, Upper Austria
More About Greece
The World : Europe : Greece
✖ It looks like you’re creating an order.
If you have any questions before you checkout, just let us know at info@360cities.net and we’ll get right back to you.
Cookies help us deliver great service to you. By using this site, you agree to the use of cookies. Leave this Site