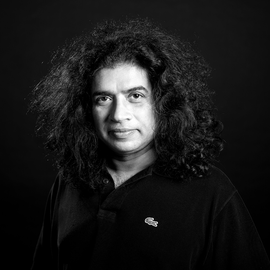 Fishing boats moored at Elephanta Island. There are three small villages on yjeIsland and tourism to the caves and fishing are the main sources of livelihood for the villagers.