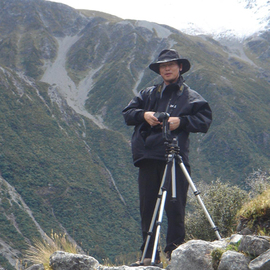 heiwa4126
On the big tortoise's back

Old is Yongzhou Gansu provincial capital Lanzhou. Located in the upper Yellow River, located in the geographical center of China, between latitude 32 ° 31 '~ 42 ° 57', longitude 92 ° 13 '~ 108 ° 46' between. It is the east, Shaanxi, Qinghai, Sichuan controlled South, West Hill Xinjiang, brief Inner Mongolia, Ningxia, is the ancient Silk Road of the key sections of land and gold, and with the Mongolian border, it was like a magnificent gem, set in central China the Loess Plateau, Qinghai and Inner Mongolia plateau, something more than 1,600 kilometers meandering, aspect 453,700 square kilometers, accounting for 4.72% of the total area. Population 26 million (968 million in 1949), Han, Hui, Tibetan, Dongxiang, Yugu, Baoan, Mongolian, Kazak, Tu, Salar, Manchu and other ethnic groups. Among them, the Dongxiang, Yugur, Bonan is a minority of Gansu.