Palace of the Parliament
Bucharest 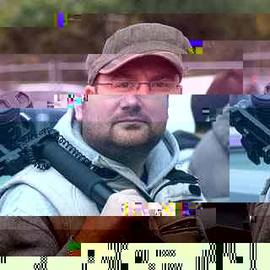 Evgeny Efimov
Abandoned electric station on the river Olym, view from the dam

Overview and HistoryBucharest, Romania was first mentioned in written history around 1459 AD. Since then it has gradually grown in influence, becoming the capital of Romania in 1862 and even earning the title "Paris of the East" for its cultural magnetism.The city has a population of about two million people and makes up one of the main industrial centers of eastern europe.The origin of the name Bucharest comes from the legendary outlaw and prince Bucur. Linguistic roots from Albanian and Thracian languages connect that name to words like "beautiful", "glad" and "joyous."Bucharest was home to Wallachian Prince Vlad the Impaler in the 15th century. The city was burned down by the Ottomans in the early 17th century, rebuilt, and ravaged by the Plague over the next two hundred years. Battles between the Ottoman empire and the Austrian Hapsburgs saw Bucharest occupied by Austria and also Russia in the eighteenth century.In 1861 Wallachia and Moldova were united to form the Principality of Romania with Bucharest as its capital. This new region was occupied by Germany during World War One and saw heavy Allied bombing in World War Two. In the middle of the war, Romania joined the Russian side against Germany, and was bombed again, ths time by the Luftwaffe.Following the wars, Romania was under Communist leadership by Nicolae Ceausescu. His tenure came with the construction of many large Soviet-style buildings which took over the historic districts of the city. He was overthrown in the 1989 revolution.The 1991 Constitution established Romania as a republic with a multi-party system, market economy and individual rights of free speech, religion and private ownership.Romania joined NATO in 2004 and the European Union in 2007.Getting ThereYou'll be flying into Henry Coanda International Bucharest Airport, the biggest airport in Romania. Henry Coanda built the world's first jet powered aircraft, did you know that?The airport is 16km north of the city and connects by bus, taxi and a shuttle bus to the Gara de Nord, Bucharest's main train station.TransportationBucharest has an extensive public transportation system, one of the largest in Europe. There's a Metro along with buses, minibuses, trams, trolleybuses and light rail. They have limited the number of taxi licenses to ten thousand to keep down the traffic problems.The main train station is called the Gare de Nord and it connects to all the cities in Romania as well as Belgrade, Budapest, Vinena, Prague and Moscow. The commuter rail line is currently being extended to unite it with surrounding counties.People and CultureThe currency is the Romanian Leu (RON) which exchanges at about 4.3 RON to the Euro at the time of this writing.The first known art in Romania dates to 10,000 BC as cave paintings in northwest Transylvania. Pottery from the Neolithic Age (4000 BC) has been found widely, all around the country. Around 2000 BC there was a distinct group of Thracian people here, whom the Greeks referred to as "Getae". The Romans called them "Dacians" and Herotodus described them as ""the fairest and most courageous of men," because they believed in the immortality of the soul and were not afraid to die.Things to do, RecommendationsRumor has it that Romania sits on one of the world's strongest magnetic lines, and these are responsible for attracting psychics and... wait for it... VAMPIRES to the area!!!Many "dracula" tours take place in Romania, including such places as Sighisoara, the Snagoc Monastery, Castle Bran and of course, Curtea Domneasca. These sites are all related to the life of Vlad Tepes, the legendary Count Dracula.Apart from that, Bucharest is known for its large neoclassical buildings and fashionable parks (in their day). Visit Cismigiu Park, Calea Victoriei street and the Royal Palace for a taste of the architectural history.Text by Steve Smith.