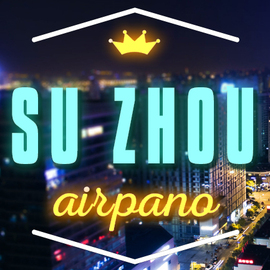 This is a night scene of a part of ancient city wall in Suzhou ,China in falling time.

This old wall has been lasting for 2500 years.

Now it's a place for citizen amusement and recreation

Jiangsu located at Yangtze River, the Huaihe River downstream, shore of Yellow Sea, the East China Sea, north meets Shandong, west continually Anhui, the southeast and Shanghai, Zhejiang border on, is the Yangtse Delta area important component, is situated between the east longitude 116°18 ' -121°57 ', north latitude 30°45 ' - 35°20 ' between. Acquires fame in the Qing Dynasty Jiangning government office and the Soviet state capital two government offices the first character. Is one of Chinese population density highest provinces, the total area 102,600 square kilometers, account for the national total area 1.11%, the continuous nearly 1000 kilometer coastlines are hugging the approximately 9,800,000 Chinese acre gold shallow seas and tidelands. Within the boundaries plain is vast, the land is fertile, the product is rich, the rivers and streams lake is densely covered, in five big fresh water lake's Tai Lake, Hongze Lake recline in this, in the history is known as “the land of plenty” fine reputation, Jiangsu's abbreviation “Soviet” the traditional character is this Italy originally. The Jiangsu history is glorious. Here is the Chinese Wu culture and the Chinese culture birthplace, as early as area Nanjing already was the humanity lives together the place hundreds of thousands of years ago. more than 6000 years ago, nearby nearby Nanjing and Tai Lake as well as Xuzhou and Hongze Lake already presented the primitive village, started the primitive farming production. more than 3000 years ago, Jiangsu bronzeware's smelting and forging, has achieved the very high technical level. 3- the 6th century, Nanjing became south China's economic civilization center. 7- after the 10th century, south the national economical center of gravity moves, has so-called “the world important matter, supinely in southeast” the view, Yangzhou becomes the national liveliest city. A.D. 14- after the mid-17th century, places such as Suzhou, Songjiang District and Nanjing, become the birthplace which our country capitalism germinates. The 19th century end, modern industries and so on silk reeling, spinning and weaving, bread flour, mining coal, in places such as Wuxi, Nantong, Suzhou, Changzhou, Xuzhou emerge one after another. Hereafter, Jiangsu's economy, the social development have been among the best in China.