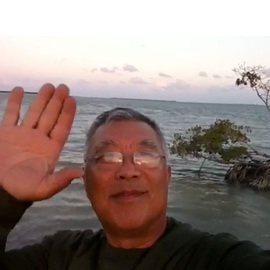 Born April 20,1948 in Kagoshima, Japan.
Learned photography while serving for four years with Japanese Army.
After separation from  Army worked eight years for a Japanese newspaper.

Arrived in 1983 to work as a free lance photographer in the United States.
Commissioned mainly to take sports photographs under contract with Japanese Sports Newspaper.