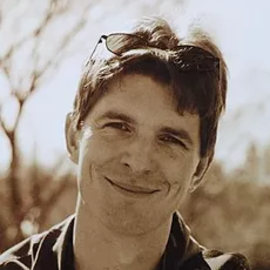 Ever since I watched a New Zealand kids television programme called "Spot On" back in about 1973 featuring Pinhole Cameras I was away on a very long journey of wonderment and learning as I dabbled, experimented with and studied photography.

I always thought I would be a photographer when I left school - and so I was for a year or two: a commercial and wedding photographer. But I became pretty disillusioned with that as I couldn't photograph what I wanted to photograph. Quite quickly being a photographer meant my hobby and passion was becoming "work" and it started to lose it's magic.  Back then it was magic. None of this instant imagery with your picture showing on the back of your camera. You had to send the film away and wait. In the wedding photography world that was scary! You had the job of capturing a very important day in the life of the young couple and if you had some gear failure you may not know about it until the processed film was back from the lab.

For many years I spent hours in the darkroom developing black-and-white film and printing black-and-white prints. Ansel Adams was a huge inspiration and I got quite involved in something called 'the zone system' which is still the basis for my photography to this day. But technology is making things like the zone system more and more irrelevant. In putting together this website it became hugely obvious, looking back at pictures taken 20, or even 10 years ago, how much the quality has improved. We live in an awesome time and with available technology it almost means nothing is impossible. But it also means really high quality images are more available and easier to capture and so images flood the myriad of social media and Google platforms.

So this site is really a new outlet for me to display the amazing technology that is 360 Panoramas, generally captured by a Drone.

I hope you enjoy this unique journey through the New Zealand Landscape.