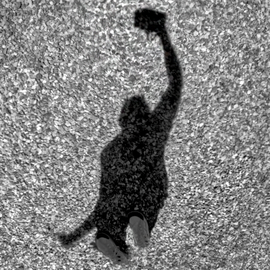 Dan Bailey is Professor of Visual Arts and the Director of the Imaging Research Center at UMBC, Baltimore, Maryland, USA.

His films and animations have received numerous national and international awards and have been included in the permanent collections of the Museum of Modern Art and the Georges Pompidou Center in Paris, France.  His work has been screened at the Kennedy Center, Whitney Museum, and Museum of Modern Art, and has been broadcast on HBO and PBS.

For the last 12 years, Bailey has been the director of UMBC’s Imaging Research Center (IRC). Recognizing imaging as a process that is rooted in art and design, incorporates science and technology, and vividly describes ideas, the IRC is a recognized center for interdisciplinary collaboration among artists, researchers, industry partners, and students in creating technologically advanced media works that communicate to and resonate with the general public. The Center is dedicated to investigating new technologies and their use for interpreting and presenting content.

Bailey is also a second-generation fine art photographer and has been working with the panoramic image for most of his career.

Dan Bailey
The Point at Windgrove

Dan Bailey
The Point at Windgrove