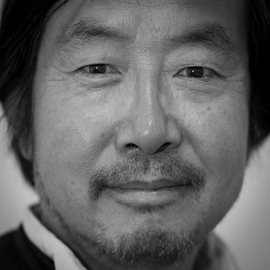 It all started in the summer of 1998, I discovered a few rotating images on a Japanese engineering demonstration disc. With a simple flick of the 'wand', you get to explore the whole construction site. I was absolutely fascinated by the magic of virtual reality and I had an epiphany that this is exactly what I want to do from that moment on--I want to travel all around China to capture her beauty, and let the world admire her culture, from an unbiased, comprehensive perspective.

This motivated me to establish the ChinaVR website with my partners and set up a panoramic archive for all Chinese World Heritages and tour resorts. Therefore, I was regarded as China's first VR panoramic photographer. I dedicated myself to the development and application of Panoramic photography and computer processing technique, among them, Floating panorama and Motion panorama are well received by my peers. Thanks to the support of IVRPA and WWP, ChinaVR became the top Panoramic website in China and gained reputation worldwide.

Been invited to the UN's "2006 World Heritage Web Conference" to give a speech titled "The application of vr panoramic photography in the reservation of World Heritage" at Tsinghua University in Beijing.
Gold medal of 2002 National Computer Nerds Competition Sponsored by Bejing Television.
Exclusive interview with "Age of the Internet" of China's biggest television network CCTV in 2000.
My 360 panorama "The Song of the Vagabonds" win the BESTS of 2010 IPA.

Since hundreds of thousands of Chinese people were drawn to panorama, I established a pano forum for the fans and offer them a platform to exhibit their works and share their excitement. I always encourage these friends to participate in WWP events despite the language barrier. My next step is to setup a panoramic gallery, organise a Chinese panoramic association and publish a professional magazine in China, to help Chinese pano fans to communicate with international peers.

For my personal plan, I am preparing to build some "pano-rooms", in which huge gigapixel panoramic photographs were printed on Advanced Semi-gloss Photo Paper and mounted on 4 walls, sometimes with "ceiling" and "floor". Each wall measured at least 3.5 x 3.5 meters, people stand in the center of the "room", to feel the atmosphere of reality and to watch the very fine details of the panorama even with a magnifier.