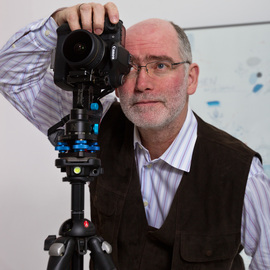 I got my first camera to my children's first communion. If I remember correctly, it was a simple roll film camera by Kodak with a 6 * 6 roll. Later, i am acquired the first SLR camera as a family camera. In the youth, we had been much experimenting with aperture, Exposure time and flash. Steps in the black and withe - laboratory were also present. But with the chemistry I did not have it in such a way.

Now, professional life began. In the past 25 years I've scurrying me in the IT - industry and left little time for photography.

When the first affordable and useful digital cameras came on the market, around the turn of the millennium, I jumped on. I was fascinated by the opportunity to get my photographed pictures going directly into the computer. My first digital was the compact camera Canon G2. Also this camera had in 2002 a panorama function, which has received the panoramic virus in me.

Paul Linden
The Elisen Garden behind the Elisen Wells in Aachen

Paul Linden
The opencast mining Inden between Aachen and Colone

Paul Linden
The „Hohes Venn“ a high moor in Winter 03

Paul Linden
The „Hohes Venn“ a high moor in Winter 04

Paul Linden
The „Hohes Venn“ a high moor in Winter 05