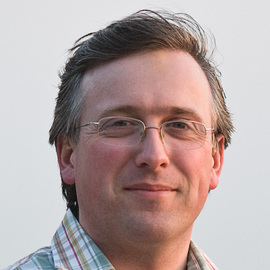 Robert first saw spherical panoramas (or photo bubbles as they were called then in 1999) and wondered how they were created. After looking into the subject and finding Prof. Helmute Derschs early versions on Panotool he decided to give it a go.

His first spherical panorama was taken on 35mm film using a standard tripod head. The photos were processed, scanned and then stitched (there were no GUI frontend's it was text files). The alignment of the photos wasn't perfect, but it proved it could be done.

Over the years he has continually improved his camera setup and post processing process. On the camera side he went from a Nikon Coolpix 990 and FC-E8 fisheye lens through to currently a Nikon D300 and 10.5mm fisheye lens. While post processing he now used Adobe Lightroom 3 and PTGui.

He now takes his panoramic camera setup wherever he goes and enjoys shooting everything from local views to holiday destinations. He also has contributed to the World Wide Panorama project since the first event in March 2004.

Robert Bilsland
Outside the Morgan offices

Robert Bilsland
Outside the Morgan offices

Robert Bilsland
Over the Craters to the Sea, Pointe du Hoc.