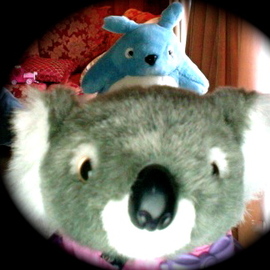 Canberra resident. I like to go bushwalking during the summer months, mainly in Namadgi National Park. During winter I hibernate.

All photos taken with Panasonic Lumix DMC-GF2 and the Lumix G Fisheye 8mm lens, with the assistance of a monopod or sometimes my bushwalking stick, or occasionally just handheld.

Thanks go to the following software for making the creation of my panoramas possible:

Thanks also to 360 Cities for providing the facility to upload and showcase my photos.

Update: Dec 2012 - I now have a Panosaurus and a tripod with which I hope to start taking some night panos.