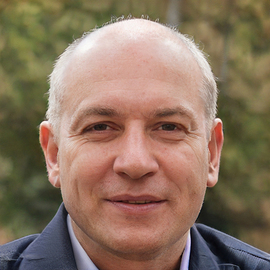 The Topic Editor and Feature Writer for Poetry and Alternative Spirituality completed the Ph.D. in British, American, and World Literature at Ball State University in 2007. In his dissertation, titled "W. B. Yeats' Transformations of Eastern Religious Concepts," he argues that Yeats misinterpreted many of the basic Eastern religious and philosophical concepts that he attempted to portray in some of his poems and plays. Joseph has been studying the teachings of Paramahansa Yogananda and practicing Kriya Yoga since 2008.

Joseph has published poems in literary journals, including Sonoma Mandala, RATTLE: Poetry for the 21st Century, and The Bellingham Review, and three academic essays in The Explicator.

His book of spiritual poetry, Singing in the Silence, was published in 2005 and a book of fables, Jiggery-Jee's Eden Valley Stories, in 2014. In addition to serving as Topic Editor and Feature Writer for Poetry and Alternative Spirituality, he contributes articles about politics and American history here at Write My Paper web.