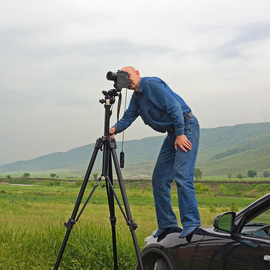 Azerbaijan is a geographical name. On the one hand this name is linked with the population, which lived in this region for thousand of years before our era, and who were mostly fire-worshippers. Local population considered that fire was their God and so they worshipped the fire. "Azer" means fire. The Turkic name "Azer" was used for this territory for a long time. The word "Azer" consists of two parts - "az" and "er". In Turkic languages, "az" means a good intention and a fate of success. Thus, the word "Azer" means "a brave man", "a brave boy", "the fire keeper". The word "Azerbaijan" originates from the name of an ancient Turkish tribe, who resided in those territories. Azerbaijan is one of the most ancient sites of humankind. The humankind was present here at every stage of their historical development. There were living settlements in Azerbaijan even at the earliest stages of humankind. Azerbaijan made its own contribution into the establishment of the current culture and civilization, progress and dialectics.   The time kept a range of ancient archeological and architectural monuments for us. The ancient headstones, manuscripts and models of carpets, preserved to the present times from the ancient ages, can provide much information to those who can and want to read them. If you wish to understand Azerbaijan and to know everything about it, you need to look at this country and its people with a friend's eyes. Azerbaijan is a country of ancient culture. The Oguz tribes which moved here and stayed for ages, have found a deeply rooted culture and in their turn enriched it with Turkic national traditions. The talented and creative powers of our nation are personified in such epic monuments as "Kitabi-Dede Gorgud", "Oguzname" "Keroglu" and many others. This fertile, generous and friendly land was the home of many thinkers, philosophers, scientists, poets, architects, musicians and artists. A legend tells that Zardusht was born in this land. Azerbaijan also enriched the humankind with such geniuses as Nizami Ganjevi, Hagani Shirvani, Bahmanyar, Nasimi, Fizuli, Nasreddin Tusi, Shah Ismail Xatai, Mullah Paneh Vagif, A. Bakikhanov, M.F. Axudov, M.A. Sabir, J.Mamedguluzade, Huseyn Javid, J.Jabarli, Samed Vurgun, Aliaga Vahid, Rasul Rza. The country of Azerbaijan was immortalized by such talented painters as Sattar Bahlulzade, Tahir Salahov, Togrul Narimanbeyov, Mikayil Abdullayev and many others. Our national music - mugam - inspired such outstanding composers as Uzeyir Hajibeyov, Muslim Magomayev, Gara Garayev, Fikret Amirov, Niyazi, Arif Melikov and others to create their masterpieces, which are still known today throughout the world. It also gave the inspiration to such wonderful vocalists as Bulbul and Rashid Behbudov.   It seems that the famous Azerbaijan carpets are the incarnation of all colors of nature and of all signs of history. Today, these carpets magically pass the borders of time and space and travel from Azerbaijan to foreign countries far away. The models of the decorative art made by Azerbaijan craftsmen from the metal, ceramic, silk and woods are kept in many museums of the world. http://azerbaijan.az/_GeneralInfo/_FireLand/_fireLand_e.html