Greek Orthodox Patriarchate Church of Alexandria and All Africa
Egypt 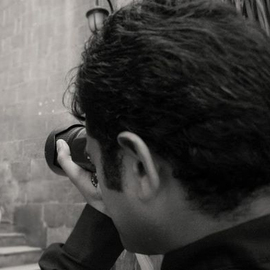 The Patriarchate of Alexandria and all Africa is the second in rank of the fourteen Autocephalous Orthodox Churches, which in their totality constitute the Orthodoxy, one of the three essential doctrines of Christianity, along with the Roman Catholicism and Protestantism. Located in Alexandria of Egypt, its spiritual jurisdiction spreads throughout the African continent, which is accounted as a single geographical Church region. In terms of ecclesiastical status regarding the Orthodox Patriarchs, the Patriarch of Alexandria and all Africa is the second in hierarchy, after the Ecumenical Patriarch of Constantinople, and holds the historical title “His Divine Beatitude the Pope and Patriarch of the Great City of Alexandria, Libya, Pentapolis, Ethiopia, All Egypt and All Africa, Father of Fathers, Pastor of Pastors, Prelate of Prelates, the Thirteenth of the Apostles and Judge of the Universe”. On 9 October 2004, the Synod of the Patriarchal Throne has unanimously elected Theodoros II (born Nikolaos Horeftakis) as Pope and Patriarch of Alexandria and all Africa. After his election the Egyptian State officially awarded to him the Egyptian nationality and granted him special passport in order to facilitate his international travels. The Patriarchate of Alexandria has a history of two thousand years in Egypt and in Africa. According to the Church tradition the Apostle and Evangelist Mark is considered to be the Founder and first Bishop of the Alexandrian Church. Saint Mark arrived to Alexandria in 43 AD, the year which is counted for the foundation year of the Alexandrian Church. During the first centuries of the Christian era, the Patriarchate of Alexandria played a decisive role regarding the crystallization of Christian teaching’s fundamental principles and Christianity’s worldwide diffusion. Key factor to this effect was the famous Catechetical School of Alexandria, which has produced men of great spiritual caliber, such as Pantainos, Clement, and Origen. In parallel the emergence, development and systematization of monasticism, either in its anchoretic, or in its coenobitic form, contributed through discipline and paradigm to the establishment of Christian faith, as well as to the final configuration of monasticism universally. Under the Arab rule (641-1250) and the Mamluk administration (1250-1517) the Patriarchate experienced difficulties on the one hand due to the Orthodox flock’s shrinkage, and on the other hand due to paucity of resources. The Patriarchate gradually began to recover after the Ottoman conquest (1517), showing special concern for the pastoral care and the material support of the scattered Orthodox flock within Africa, and developing from time to time earnest diplomatic activity with the aim of securing the international protection of the Patriarchal Throne. The favorable conditions created in Egypt by Muhammad Ali and his dynasty (1805-1952), the installation of numerous Orthodox Christians and the formation of dynamic Orthodox communities in Egypt, and from there to all around the North and East Africa, put the Patriarchate in orbit of regeneration and redevelopment. Initially the Patriarchate, through reviving the ancient synodical system, re-established to a great extent its geographical jurisdiction, as it was before the Arab conquest. Subsequently the Patriarchate addressed itself to the whole African Continent, appealing to every African, beyond borders, races, and colors, and moreover with respect to the mores, customs and traditions of Africa.
Copyright: Robert Sedrak
Type: Spherical
Resolution: 14132x7066
Taken: 03/07/2015
Загружена: 04/07/2015
Обновлено: 06/01/2019
Просмотров: