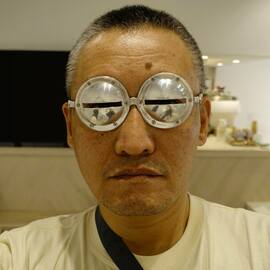 On the route from Daibutsu Square to the summit of the mountain, there are many stone statues called "Tokai 1,500 Arhats". These stone statues were carved over a period of 20 years by Eiryo Ohno Jingoro, a master craftsman from Sakurai, Kamishu (present-day Kisarazu City), together with 27 of his pupils, at the great request of the monk Guden in 1780. As a result, the name of Hoda Arhats became well known throughout the sea.

Since the Meiji Restoration (1868), the stone statues have been destroyed due to superstition, and the stigma of headless arhats has spread.

There is a superstitious belief that if you take the head of one of the 1,200 Arhats that resembles your own face and make an offering without letting anyone know, your wish will be granted. The temple was severely damaged by the Great Kanto Earthquake in 1923, and in 1963, hundreds of heads were tied up and iron fences were built to protect them.

Pierre Chaton
Inside the Utstein submarine

Stefan Geens
Sana'a: View from a rooftop at sunset