Tychy - Estate "A" - sculpture of a heroine of labour
Poland 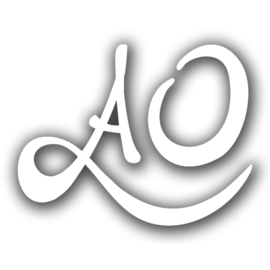 Tychy is a very interesting city in the south of Poland and every person interested in architecture and urbanism should visit this place. The reason of it is that this city was in the majority designed and built from scratch between 1950 and 1985 in accordance with architectural trends of the time, so there you can see many interesting examples of the post-war architecture and urbanism, especially from the socialist times.


In the past Tychy was a village located among forests on an important trade route and, since the 17th century, famous for breweries. By the 20th century it became a small town with about 13 000 inhabitants. But after World War II Tychy began changing its face copletely, because in 1950 the socialist government decided to convert it into a large city for 100 000 people. The reason of it was a development plan worked out to develop a few satelite towns for the Upper Silesian Industrial Region in order to disperse its population and transfer some central functions from Katowice. So-called "New Tychy" was supposed to be not only a satelite or commuter town, but just also to be a model socialist city.

The area of the future new city was divided into quarters marked with letters of the alphabet - from A to Z. These markings became later official names of the estates which were built one by one according to the plan for almost 40 years (the inhabitants named them later also after female names beginning from the given letter - for example the estate A is called "Anna", B - "Barbara", H - "Honorata", K - "Karolina", P - "Paulina", Z - "Zuzanna" etc). There were also made efforts to give the streets on the new estates names beginning from corresponding letters - so on the estate "A" there is Arkadowa Street, Asnyka Street or Arctowskiego Street, on the estate "B" - Budowlanych Street, Batorego Street, Braterska Street etc.

The estate "A", the first housing estate of "New Tychy", was designed by an architect Tadeusz Teodorowicz-Todorowski and built in 1951-1956 (the subsequent ones were designed by Kazimierz Wejchert and his wife Hanna Adamczewska-Wejchert, who became the general designers of New Tychy after winning a contest for the overall urban concept of the new city of Tychy).

The estate "A" represents typical socialist architecture from the early 1950s and, importantly, it survived in its purest form to the present day. It's an estate with low, three- or four-storied buildings, regular street network and a central square with shops, service buildings and, as the main feature, a community centre.

In the estate "A" there are also a few interesting sculptures characteristic of the times of erecting it. One of them is a statue of a young socialist heroine of labour located in front of the central square. The woman has got a trowel in the right hand and a model building in the left and looks very pleased with his job. The author of this sculpture was Stanisław Marcinów, an artist from the branch of the Krakow Academy of Fine Arts in Katowice and also a student of a famous Polish sculptor, Xawery Dunikowski.

Luis Davilla
barcelona from via laietana

Zeljko Soletic Dubrovnik
In the crypt of the Panthéon

More About Poland
The World : Europe : Poland
✖ It looks like you’re creating an order.
If you have any questions before you checkout, just let us know at info@360cities.net and we’ll get right back to you.