Who The Hell Is Sheila Shea, Her Grave
USA 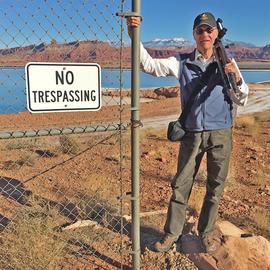 "Sheila Shea, who died in 1986 of cancer at age 43, is remembered by her friends as a warm, fun-loving person. She had worked in the accounting department of a Cambridge, Massachusetts, company and had arranged and paid for a dinner for her friends after her funeral. And, as a last laugh, she had her tombstone in the historic Sleepy Hollow Cemetery in Concord inscribed: "Who The Hell Is Sheila Shea"

But some members of the Concord Cemetery Committee are not amused. "The cemetery really isn't a place to make a statement, it is a place of memorial," Committee President Mary Elizabeth Baker said. The Sleepy Hollow Cemetery has a "national reputation" to maintain, she pointed out, because it holds the remains of such luminaries as Louisa May Alcott, Ralph Waldo Emerson and Henry David Thoreau.

Some Concord officials believed the word "hell" is obscene and have pushed to have Shea's tombstone removed. Nancy Griffin, executor of Shea's will, vows to fight. "No matter what Sheila's reasons were, a person has a right to freedom of speech, dead or alive," Griffin said."