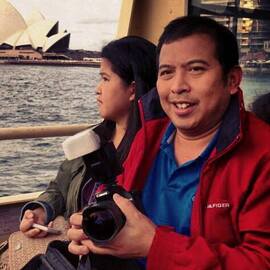 Restauradores Square (Portuguese: Praça dos Restauradores) is a public square in the city of Lisbon, Portugal. It is located at the southeast end of Avenida da Liberdade, near Rossio square.

The square is dedicated to the restoration of the independence of Portugal in 1640, after 60 years of Spanish domination. The obelisk in the middle of the square, inaugurated in 1886, carries the names and dates of the battles fought during the Portuguese Restoration War, in 1640.

The Monument to the Restorers is located in the center of the square.

The rectangular square is surrounded by 19th and early 20th century buildings. The most remarkable are the Palácio Foz, a palace built between the 18th and 19th centuries and boasting magnificently decorated interiors, and the old Éden Cinema (now a hotel), with a beautiful Art Deco façade dating from the 1930s, a work by architect Cassiano Branco.

Also notable is the old Condes Cinema, built in 1950 by architect Raul Tojal in Modernist style. It now hosts the Hard Rock Cafe of Lisbon.

Capital, largest, and wealthiest city in Portugal and one of the leading economic centers on the Iberian Peninsula. Although located in the westernmost corner of Europe, the city is firmly embedded in the European Union, hosting a couple of EU agencies. Visit Baixa, the downtown city center and Alfama, the oldest district in the city or just chill out in one of Lisbon’s memorable parks – Parque Florestal de Monsanto, one of Europe’s largest urban parks or Parque Eduardo Vll, off the main drag. Last but not least, Lisbon plays host each September to the Lisbon Gay & Lesbian Film Festival - Queer Lisboa.