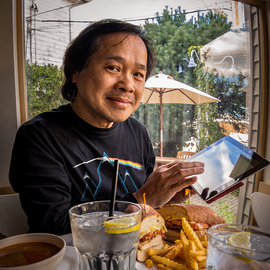 A night time view from the steps of the base of Shanghai's landmark Oriental Pearl TV Tower. A stunning example of futuristic architecture, it is the tallest tower in Asia and remains the third tallest tower in the world since it was completed over 14 years ago.