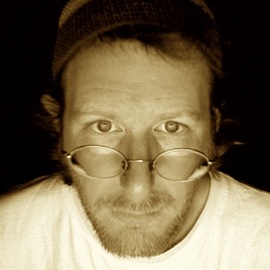 Andy Alpern is a Chicago born Israeli artist living in Tzfat in the Upper Galilee with his wife and son. He is a professional photographer who maintains a gallery and studio in Tzfat’s picturesque Artists’ Quarter.

Andy moved to Israel in 1997 and trained as a tour guide specializing in Israel Experience adventures.  Combining guiding and photography, he created the first online virtual tour of Israel featuring 360-degree QuickTimeVR panoramas, still images, audio, video and text in an easy to navigate interface.  Andy has

created Virtual Tours for the education, tourism and commercial markets.  His clients include

world. A personal encounter or workshop with Eliyahu and his art at his gallery in Tzfat is a

memorable experience.  Eliyahu’s work can also be experienced at Tziloom.com as well as

at select galleries, installations, and retailers throughout Israel and the United States.

degrees - capturing the reality which humans can not see with their own eyes. His subject

work in a variety of media including giclee prints on canvas, photo paper and fine art paper,

transparent works framed in glass, and large installations in canvas and on wallpaper. The

newest project is the “Panoramic Sukkah”, a Sukkah whose interior wall is a 360 degree

image of Israel. He prints most of his work himself at his home studio with Ultrachrome K3

archival, pigment based inks. Eliyahu is also a trained Israeli tour guide with 10 years of

education. Eliyahu is available for commissioned projects and images.

Upcoming and Past Exhibits:

Prominent Organizations and Persons which own Eliyahu’s art:

-Board of Jewish Education, Chicago

New York City; and the Galilee