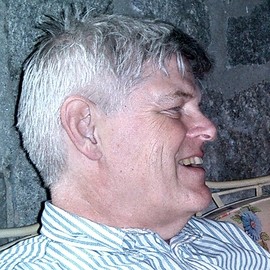 I'm  a retired software and systems engineer who worked in cancer research, medical imaging and chip design.  I got hooked on panoramic photography in 2004, when I converted a document scanner into a rotating digital slit camera. Eventually built 5 of those; but finally realized I could only get the pictures I wanted by using real cameras and stitching software.

I got into developing open source panography software (Hugin, libpano) around 2008.  In 2009, I co-rediscovered an 18th century painters' technique for rendering wide views in a natural looking perspective, and have been evangelizing it unde the name "Panini projection" (it has been implemented several times and is also called the "vedutismo" and "recti-perspective" projection).  I developed and published several programs that offer new ways to control wide angle photo and video perspective, under the general name, "Panini".

My latest effort is PT3D, a helper program for stitching stereoscopic panoramas with PTGui.  I hope eventually to develop a true 3D stitching tool, that can combine hand-held stereo snapshots into seamless spherical panoramas.

Thomas K Sharpless
On Rocky Knob After an Evening Thundershower

Thomas K Sharpless
Blossoms All around

Thomas K Sharpless
On Board Gazela

Thomas K Sharpless
A Mess in the ReDRooM

Thomas K Sharpless
A Mess in the ReDRooM - anaglyph