How To Get Started in 360° Panoramic Photography
What Are These Photos on 360cities.net?

You're looking at 360 panoramas. They could be also be called 360° panoramas, 360-degree panoramas, omniviews, VR photos, virtual reality panoramas, sphere panoramas, etc. but we call them "360 panoramas" or simply "panos" here on 360Cities.

Panoramic photography of some kind has existed for more than a century. You can see many examples of 360 degree photos from 100 years ago. Nowadays you can see a boom in this kind of visualization technology due to the ever-reducing cost of the technology, availability of software, abundance of publishing tools. One of the most important aspects is also that the broadband internet made it possible to easily share this kind of photography with others. 360 Panoramas are the new way of showing places, events and businesses on the internet.

In terms of the format of panoramas, there are essentially four different kinds:

1. Partial Panoramas that you know mainly from traditional landscape photography. They are created by stitching (assembling) of multiple normal photos together side-by-side, which creates a photo with much wider angle that would be possible with a normal lens.

360Cities does not support partial panoramas.

Cylindrical panoramas are one notch higher than 360° photos which capture the whole field of view in all directions around the photographer. These are sometimes called cylindrical panoramas. They cover 360-degrees around but not up and down view. These are too created by stitching multiple photos together. The only real difference from partial panoramas is that you need to make sure the first and the last photos overlap. There are also so called "one shot" 360-degree lenses but they are by definition very low quality compared to the traditional stitched panoramas. 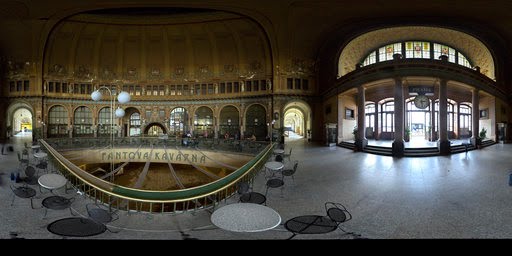 Spherical panoramas are the top of the line which not only capture the 360-degree field of view but in which you can also look up and down. They can even be taken in a way that you can't see the tripod nor the photographer's shadow in the picture. 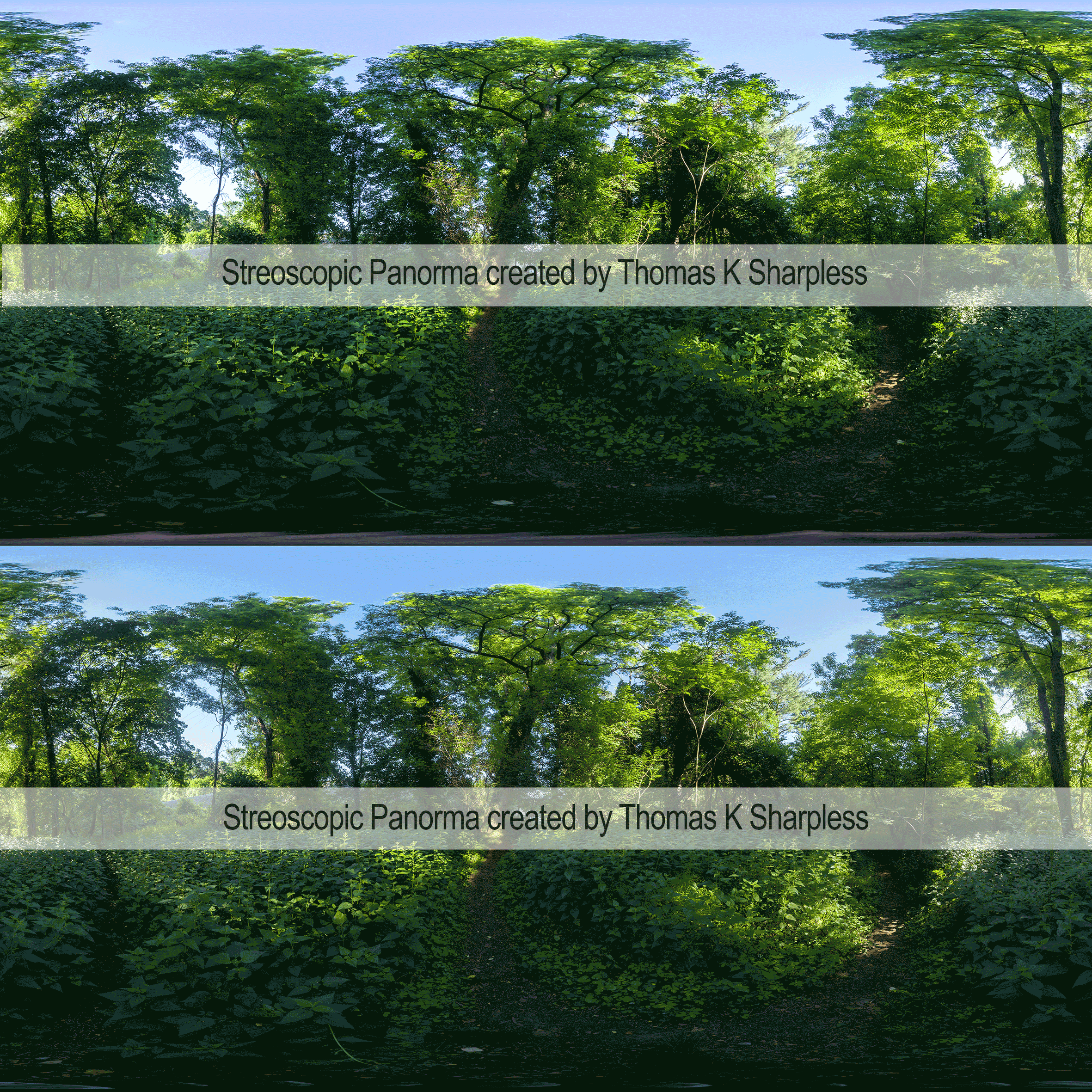 They can be cylindrical or spherical. A “stereo” pano consists of two different images taken simultaneously with the lens centers about 65mm apart, so they give the viewer the illusion of depth/3D. For more information, please check this page.

The Secret of Creating 360 Panoramas

So, what is the secret of creating a 360 panorama? It's actually pretty easy. You, the photographer, choose a place from which you want the panorama to be taken. Then you start taking photos around yourself until you cover the whole intended field of view with photos. It does not really matter what camera or lens you use, you can even use a cell phone, as long as the photos overlap. The easiest, though, is to use a digital SLR camera with a fisheye lens. The wider the viewing angle of the lens is, the less photos you need to cover the entire field of view. With a cell phone, you will need many photos, with a fisheye lens, you need as little as three to cover the entire sphere.

How to create 360º panoramas

There is more than one way to create high quality 360° panoramas. A wide range of equipment is now available and creators can follow various workflows. We have created a Youtube Playlist with some tutorials that you can learn from.

Please, visit the How To Create 360º Panoramas Playlist to start learning now and publish your 360º images on 360Cities.

We’d like to thank Florian Knorn and IVRPA speakers for sharing their valued knowledge.
If you would like to be featured on the playlist, or you know good tutorials to be added, please let us know.
Also, take a look at these great resources for panorama tutorials: Wiki Panotools and Panorama Tutorials by John Houghton.

How to Create Panoramas with pano-guru.com

It does not really matter at all what you start with. Really. You can test it with your cell phone or an old compact camera. You just need ANY camera. As with any craft, the right tools can help you get the job done faster, easier, and better. Once you're hooked, then you can think about getting the best tools for the job! For example, we recommend you get a digital SLR with a fisheye lens (e.g. Sigma 8mm f/3.5 or Samyang 8mm f/3.5). Once again. To start and to try it out, it doesn't really matter. Just make sure you take photos that overlap and try it, go out there and take some panoramas!

Here's some tips for taking even better photos:

If you are using a mobile device:

360Cities is compatible with Microsoft Photosyth panorama creation app for the iPhone. Simply create your panoramas in Photosynth, save them to your camera roll and upload them to 360cities.net.

Stitching (Assembling) Photos on a Computer

The photos you take need to be joined (stitched/assembled) together with great precision on a computer. When the shooting and stitching is done properly the result is a completely seamless, smooth image (without borders between photos), which can be viewed in any direction. You can truly enjoy the viewing experience that is close to the actual experience of being at the place where the photographer shot the panorama.

Here's the list of recommended tools for stitching your photos together:

The Final Step - Publishing Your Panoramas on 360Cities

Related Content
Publish Anything
So, what is the secret of creating a 360 panorama? It's actually pretty easy. You, the photographer, choose a place. Then you start taking photos around yourself until you cover the whole intended field of view with photos.
Read More
Panorama Review
Each panorama you publish on 360cities.net is manually reviewed to ensure it meets our minimum technical and quality standards for public display. Paid accounts receive priority in the review queue.
Read More
Tips on licensing panoramas
Advertising agencies, digital publishers, mobile and VR developers among others all use 360Cities to search for and license panoramas for use in campaigns, publications, games etc. You can increase the chances that your images will be selected for licensing by our customers by following these tips.
Read More